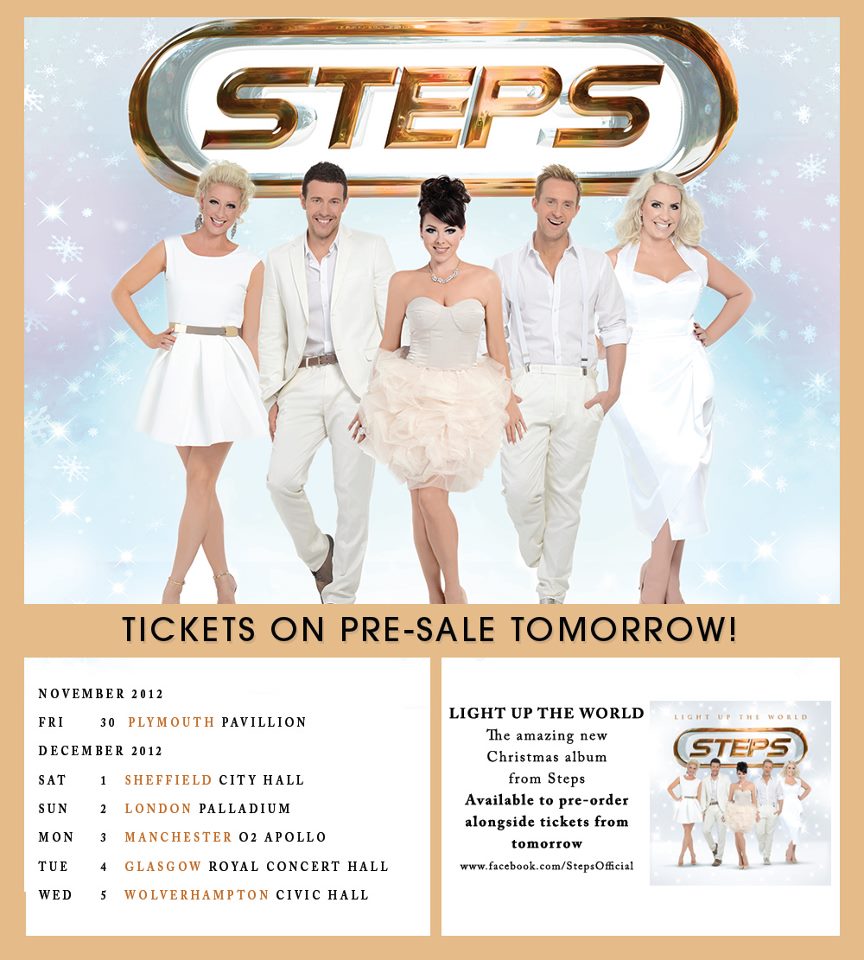 Steps have announced a new Winter / Festive themed album called LIGHT UP THE WORLD which will be released on 12 November 2012.

They will also embark on a Christmas mini-tour singing some of the hits they didn’t perform at their UK arena tour.